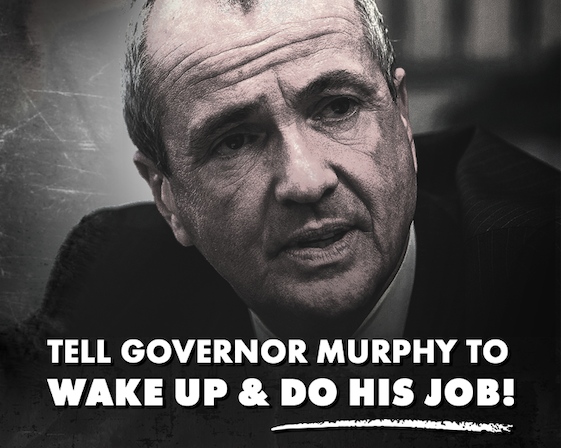 Governor Murphy is FAILING New Jerseyans. His failure to sign Senate President Sweeney’s proposed furlough bill to cut the hours of up to 100,000 public workers is the perfect example of this. At the time it was proposed in May, it was common sense and had bipartisan support. Murphy’s signing of the bill last Thursday was too little too late.

Tell Governor Murphy to Wake Up & Do His Job: