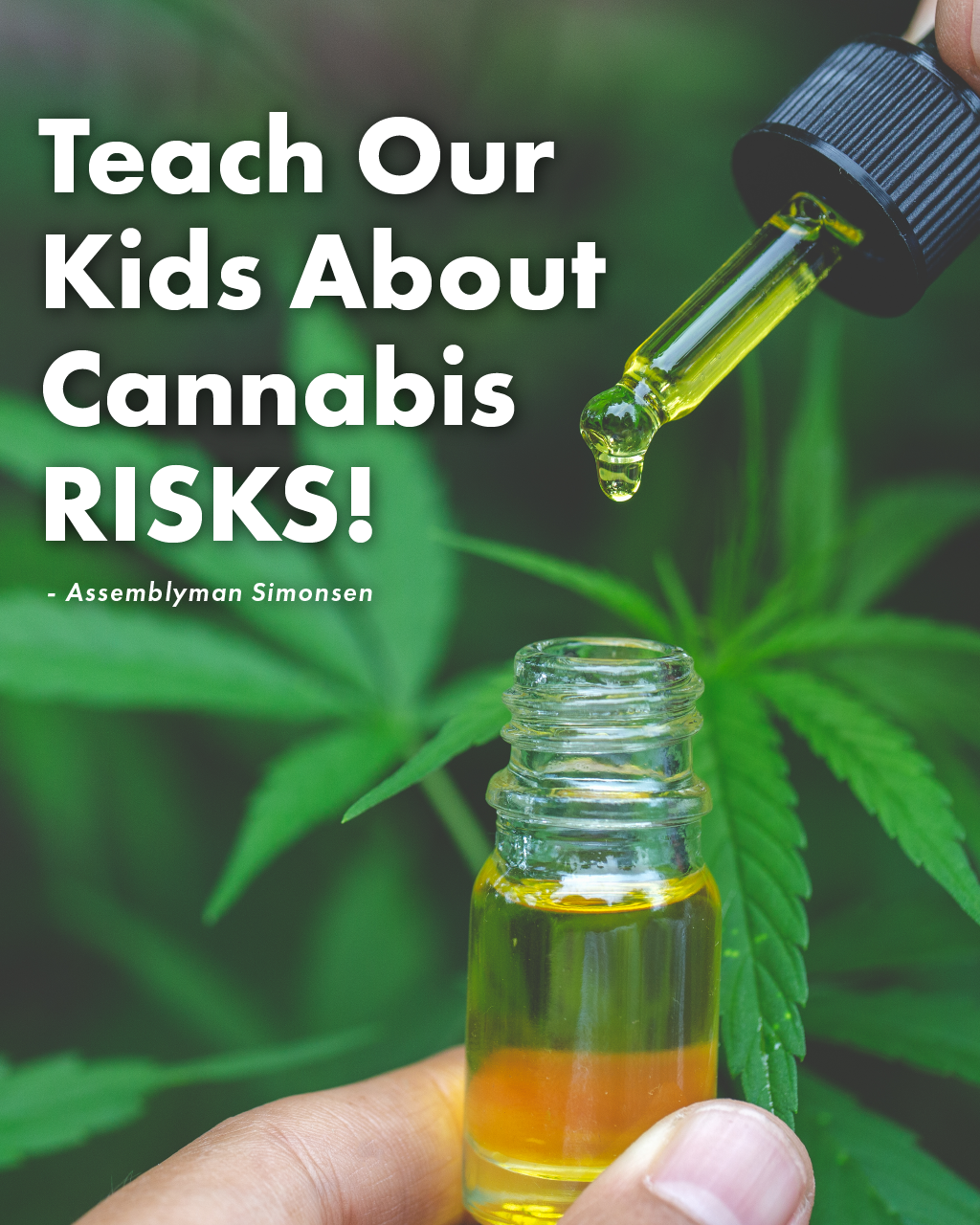 It’s high time we create a curriculum that teaches young people the risks of cannabis and marijuana use.

As a legislator, I know that laws can have unintended consequences. As an educator, I’m concerned about the impacts of marijuana legalization on children and teens.

Voters said yes to legalizing marijuana for adults 21 and over by a 2-1 margin on Nov. 3. That night, the search term “how to roll a joint” increased 2,800% among online users in the state.

Consumers are anxious to legally light up, but lawmakers are squabbling over penalties for people under 21 in possession of marijuana.

There has been a lot of meritorious debate regarding decriminalizing marijuana and keeping young people out of the criminal justice system, but we need to start talking about preventing those younger than 21 from picking up the drug in the first place.

As marijuana’s stigma goes up in smoke, we are going to have to change how young people perceive the drug. We need to educate teens and adolescents about the harmful effects of marijuana on developing minds.

Cannabis use in adolescents can negatively impact cognition because the brain is not fully developed until the mid-20s.

Adolescents and teens who use marijuana have experienced distorted thinking, hallucinations, paranoia, anxiety and depression, and are at an increased risk of developing psychotic disorders like schizophrenia. Long-term marijuana use is associated with lower IQ scores and motivation. It is even linked to school dropout numbers and lower educational achievement.

From flavored gummy candies to easily accessible vapes, the marijuana and cannabis products of today are much more attractive to young people. Studies have shown that teens’ perceptions of the risks of marijuana use have steadily declined over the past decade.

Just a couple of years ago, a 13-year-old student in Bergen County was charged with giving her classmates edible marijuana gummy candies.

Nearly 4% of 12th-graders say they vape THC, the ingredient in marijuana that produces the high, daily.

And this isn’t the same old marijuana that the baby boomers remember from the ’70s or even Generation Xers experienced in the ’90s. The average amount of THC in marijuana seized by the U.S. Drug Enforcement Administration was less than 4% in 1990. About two decades later, it averaged more than 15%.

All we need to do is look to states with legalized marijuana to know what we can soon expect. A study in JAMA Psychiatry found that problematic marijuana use was 25% higher among teens aged 12 to 17 in those states.

Research found that by the time teens reach eighth grade, nearly 15% have tried marijuana at some point. By senior year, more than 35% have used the drug within the past year.

We have to reach them before they have a chance to experiment with marijuana.

That is why I introduced a bill (S3360/A5168) requiring schools to include age-appropriate instruction for students in grades 3 through 12 on the risks associated with the use of cannabis and marijuana products.

Students will learn about the impacts of marijuana on the adolescent brain and body, addiction, driving under the influence, and the differences between medicinal and recreational use. The effects of THC and its relationship to central nervous system depression will also be studied.

The marijuana curriculum would be incorporated into health and physical education learning standards, just like the way students learn about the dangers of alcohol consumption.

My legislation would also help students understand the external and internal influences that may impact a person’s decision to use or abstain from cannabis and marijuana products.

About one in 10 marijuana users will become addicted. For people who begin using before the age of 18, that number rises to one in six. Most teens 17 and younger in New Jersey who were admitted to a drug abuse treatment center reported that marijuana was their drug of choice.

There have been many arguments during the process to pass the laws to officially make marijuana legal in New Jersey, but none focused on educating kids about the dangers of getting high.

I urge my colleagues in the Legislature to post my bill so we can work on developing the curriculum now.

We are in the unique position to see a problem before it has the opportunity to come to fruition. Let’s use this to our advantage and prepare young people to act responsibly.

Assemblyman Erik Simonsen, of Lower Township, represents all of Cape May and parts of Atlantic and Cumberland counties. He is also the athletic director of Lower Cape May Regional High School.