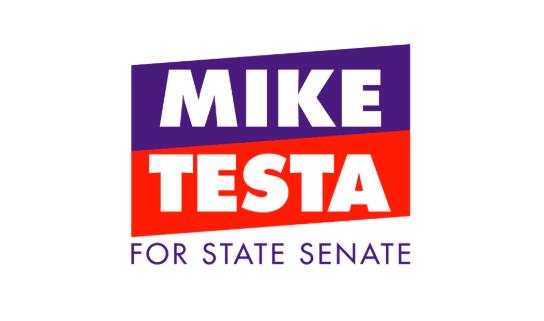 Vineland, NJ – After recent reports of new gun restrictions, Mike Testa, Jr. said any pro-2nd Amendment voter who supports Bob Andrzejczak and his running mates this November would effectively be rewarding Phil Murphy and the radical liberals in Trenton bent on shredding the 2nd Amendment.

“Any pro-2nd Amendment voter in the 1st Legislative District who supports Senator Andrzejczak and his running mates is voting against their own self-interest, and enabling the Trenton Democrats radical anti-gun agenda to continue,” said Republican Senate candidate Mike Testa, Jr. “By now, we all know the deal. Senator Andrzejczak silently casts what amount to meaningless votes in support of the Second Amendment, and in return he benefits from millions of dollars in campaign funding and manpower from radical liberal politicians and special interests in Trenton who pass laws that shred the Second Amendment in our state. Allowing that to continue sends a clear message to Trenton liberals: There are no consequences for your anti-2A actions.”

“It’s time South Jersey elected a true conservative and real Republican who won’t just vote the right way when their bosses tell them it’s okay, but rather will lead the fight against liberal attacks on our constitutional rights Trenton,” added Testa. “South Jersey deserves a pro-Second Amendment voice who will fight the Trenton elites and defend our rights to legally protect ourselves. Consider how badly the Democrats have eroded our gun rights on Bob Andrzejczak’s watch, it is clear that he is not that voice.”