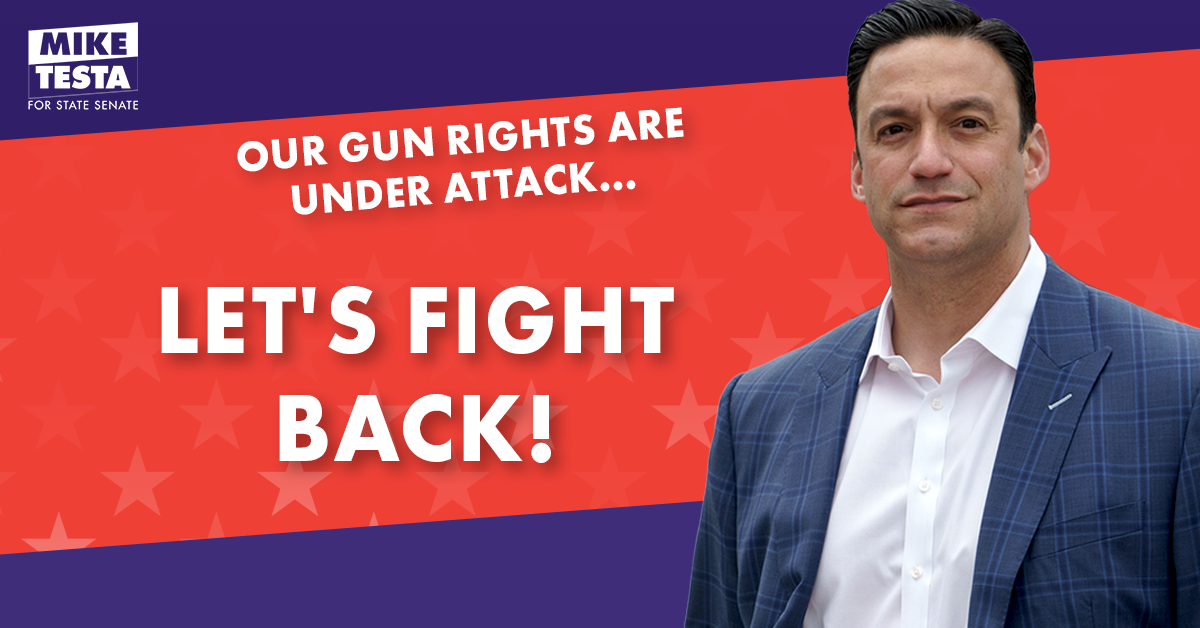 Our Second Amendment rights are under attack.

Did you know that New York Attorney General Letitia James is calling to dissolve the National Rifle Association (NRA)?

Are you kidding me?! As your State Senator, I have sworn to protect our Constitutional Rights, no matter what. That’s why I’m standing up and speaking out: NO ONE has the right to take away our right to keep and bear arms.

Don’t let New Jersey be next… Join the fight to DEFEND our right to legally protect ourselves and our families!

Under the leadership of Governor Phil Murphy and Trenton Democrats, the rights of legal gun owners are constantly at risk. Every chance they get, Murphy and his radical cronies pass new gun control laws that infringe upon the rights of law-abiding citizens, like you and I, while IGNORING the illegal guns that are implicated in nearly all crimes.

Well, I REFUSE to back down from standing up to those who threaten to infringe upon these rights and I’m asking you to stand with me.

Add your name to join the fight against liberal attacks on our constitutional rights and STOP the Democrats’ anti-gun agenda.

Join the Fight to Protect Our 2nd Amendment Rights: