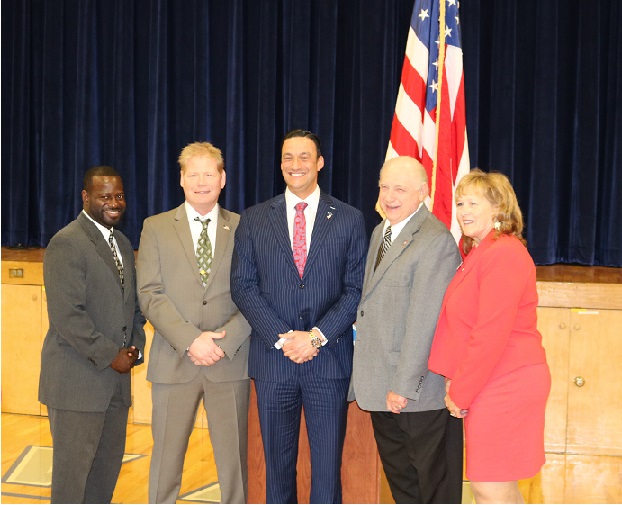 The Cape May County Republican organization finalized its ticket Wednesday for the November general election at its convention in Avalon.

Mike Testa of Vineland, who heads the Cumberland County GOP, was selected as the candidate in the State Senate race, while Antwan McClellan of Ocean City and Erik Simonsen of Lower Township emerged as the Assembly candidates, and incumbent Freeholder Director Gerald Thornton of Cape May Courthouse and Ocean City’s E. Marie Hayes were tapped to seek new terms on the Freeholder Board.

Hayes said the Republicans are looking forward to taking their message to the voters and getting out the vote.

“We’re going to shake things up in Southern New Jersey, and we need to,” she said.

Thornton said he was pleased with the outcome of the final selection process.

“We’re extremely happy to be running with the legislative team of Mike Testa, Antwan McClellan and Erik Simonsen,” he said. “We’re eager to start running and get this election going.”

At the top of the ticket, Mike Testa released a platform that calls for cutting taxes and spending and “streamlining government.” He said he also plans to fight Governor Phil Murphy’s “radical pro-illegal immigrant agenda.”

He said he will strive to “bring great jobs and economic investment to South Jersey” and that he would characterize himself as “unapologetically pro-gun, pro-taxpayer and pro-Trump.”

He resides with his wife Julie and three children Eva, Sarah and Tripp.

The Assembly candidates expressed their excitement to be representing the Republican column on the ballot and how they are looking forward to November.

”This is a great opportunity,” said McClellan, who currently serves as an Ocean City Councilman. “We have a hungry group of candidates and we’re ready to move forward.”

Echoing those sentiments, Simonsen said “We’ve already been working, but now that the ticket is set, we’re really going to amp it up.”