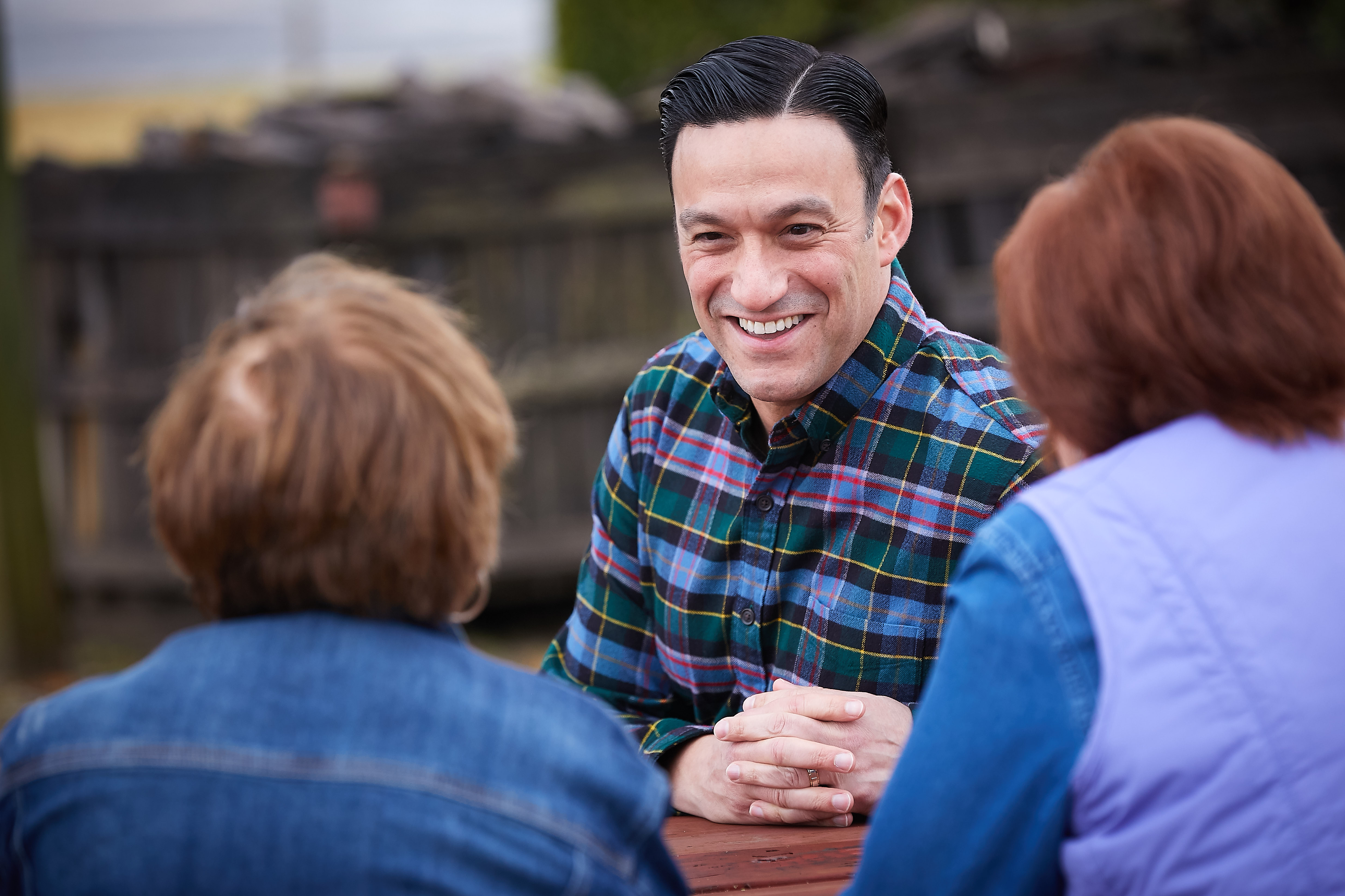 “I know firsthand Mike will always place families, retirees, and small businesses first. Mike will fight tooth and nail to ensure families are able to make ends meet, retirees can afford to stay in their homes, and small businesses have the ability to grow and flourish.”
– Cumberland County Freeholder Joseph Sparacio
“The Mike Testa I know is a caring dad, loving husband, and an active member of his community. Whether he is serving as a positive role model for Big Brothers and Big Sisters or rolling his sleeves up to plant flowers to beautify Vineland’s downtown, Mike has one priority — making life better for families and retirees throughout South Jersey.”
– Senator Chris Brown
“We need a conservative Republican who will roll up his sleeves and work with local elected officials and taxpayers to change the direction of our state and deliver for South Jersey. Mike is that guy. He understands that South Jersey needs better jobs, more economic opportunity, and real investment in our future.”
– Freeholder Director Gerald Thornton
“For too long, the incumbent Democrats have talked like Republicans back home, while quietly supporting extreme, left-wing Democratic Party leaders in Trenton who reward that loyalty with millions in campaign contributions. Let’s be clear, incumbent Democrats endorsed Murphy and voted for him, and have consistently supported liberal party leaders who set the agenda in Trenton. We need a real Republican Senator who will work hand and hand with local municipalities to ensure Cape May County has a true voice in Trenton. Mike is that guy.”
– Lower Township Mayor Erik Simonsen
“Democrats have controlled Trenton for far too long, and now they are following Governor Murphy’s far-left, liberal policies that are out-of-step with South Jersey and Cape May County. We can’t continue down this path by sending another Democrat to Trenton. It’s time for new energy and a conservative voice to represent us in Trenton, and that’s why I am supporting Mike Testa for State Senate.”
– Lower Township Municipal Leader Jeff Lindsay
“Since 2007, the first district has lost valuable programs like the Urban Enterprise and essential school funding due to lack of advocacy at the state level. Testa will bring our fight back to Trenton and make sure the voices of South Jersey residents are heard.”
– Former Senator Nick Asselta
“Mike Testa will continue the same vision I had to build a successful future for New Jersey’s shore communities to thrive.”
– Former Senator James Cafiero
“As the first Republican State Senator from Cumberland County, I am pleased to endorse Mike Testa as a candidate for the New Jersey 1st Legislative District Senate seat. I am confident that Michael will represent the people of our district with professionalism, enthusiasm, and dedication.”
– Former Senator James Hurley
“Local Republicans across Cape May County should stand up and be proud to support Mike Testa for State Senate. He is the conservative leader we need to defeat the liberal Murphy Democrats in November, and he will lead the charge to ensure Cape May County becomes fully RED. Without a doubt, Mike is a family man who represents Republican values and will be a voice for the taxpayers in Avalon Borough.”
– Avalon Mayor Martin Pagliughi
“Cape May County Republicans are fighting for common sense, conservative solutions every day. But we get nothing but empty promises from our current State Senator. We need a Senator who gives more than lip service to the values we hold dear. We need a fighter to stand beside us who won’t back down in Trenton. We need Mike Testa in the NJ State Senate!”
– Middle Township Mayor Tim Donohue